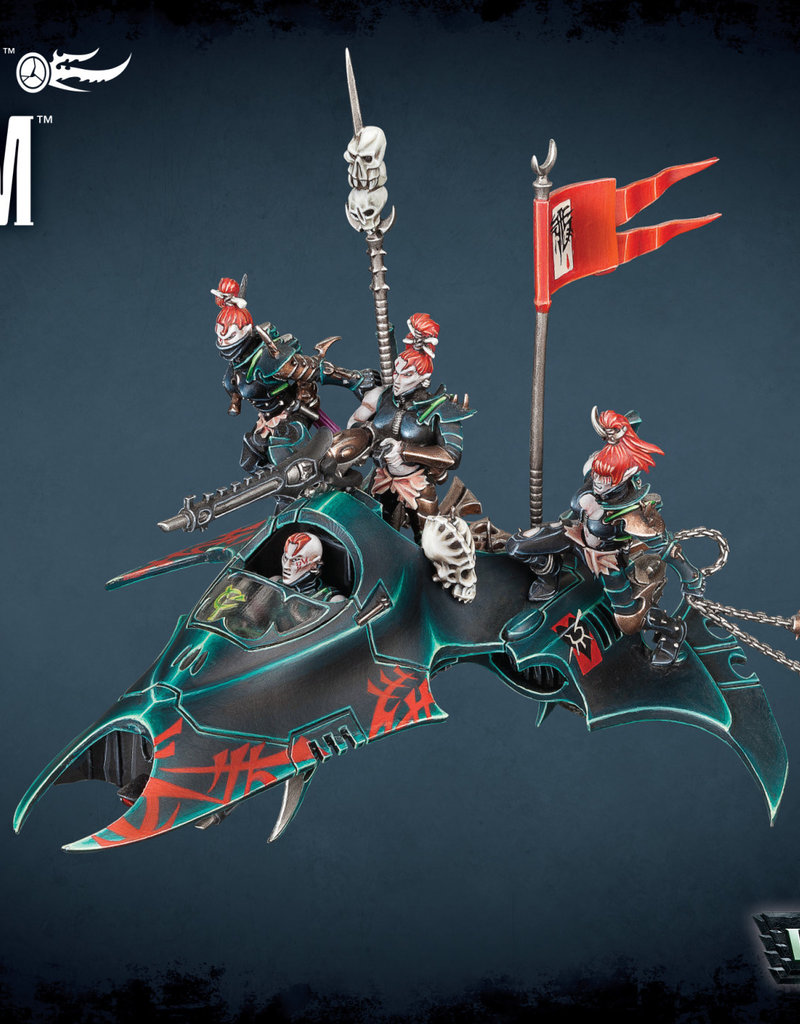 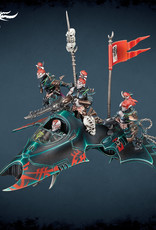 The Drukhari rely heavily on surprise and raw speed, and hence their skycraft are all fast and manoeuvrable. The most deft of all Commorite transports is the Venom, an arrow-swift skimmer that carries an elite cadre of warriors into battle to strike like a poisoned dart at the heart of the foe. Should even a single Venom penetrate the enemy defences it can be enough to sow the seeds of destruction, laying down supporting fire as its lethal cargo goes to work. For this reason, the Venom is the perfect transport vehicle for Archons, Succubi and their respective bodyguards.

This multi-part plastic kit contains one Drukhari Venom in 62 components. The kit includes two Wyches that represent a unit being transported into battle, a third Wych firing the on-board splinter cannon and a clear plastic canopy, giving you the option to paint the pilot and still be able to see him once the kit is fully assembled. It is also supplied with a ball and socket flying stand and a large flying base. This miniature is supplied unpainted and requires assembly.