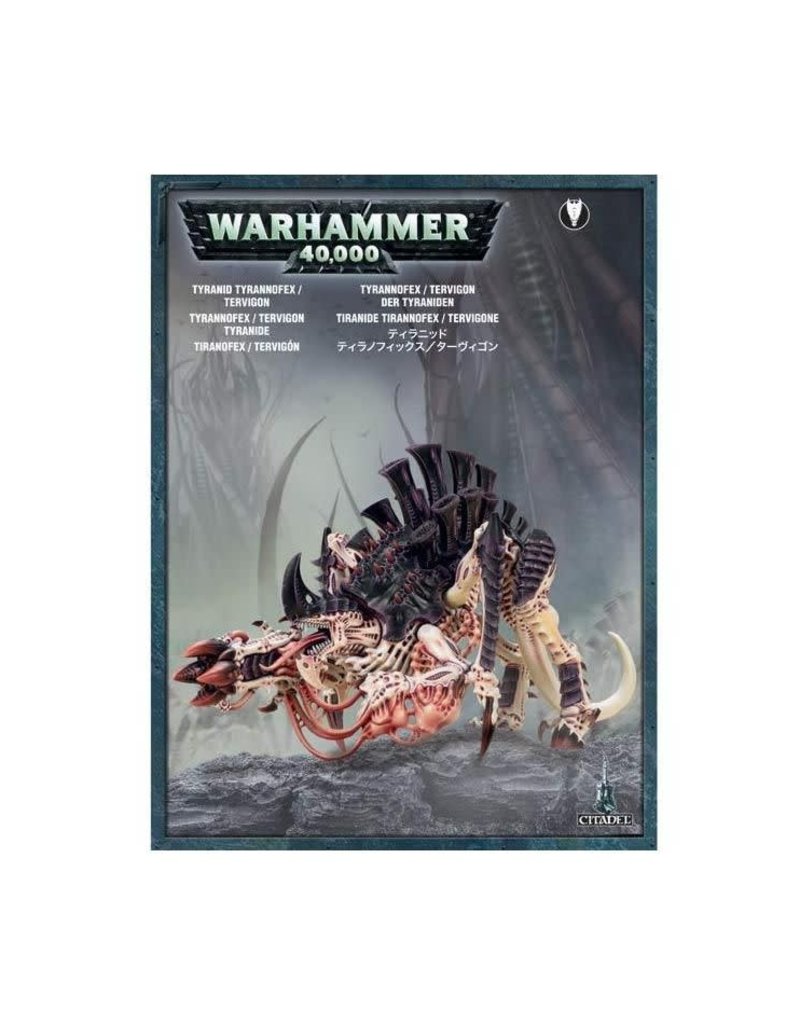 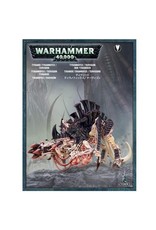 The Tyrannofex has the armour and fortitude of a living battle fortress and its weaponry eclipses that of its foes' most powerful battle tanks in both quantity and devastating potential.

The Tyrannofex displays all the horrific might so typical of the Tyranids, and is a suitably macabre addition to a Tyranid collection. Standing on four limbs, two of which are hoofed, the other two being arrow-sharp, it features an outer carapace with chimneys, and a long, segmented chitinous tail. Its underside is no less hideous, as it can feature either a fleshborer hive or rupture cannon.

This multi-part plastic boxed set contains 76 components and one Large Oval base with which to build one Tyranid Tyrannofex or one Tervigon.

It is supplied unpainted and requires assembly.