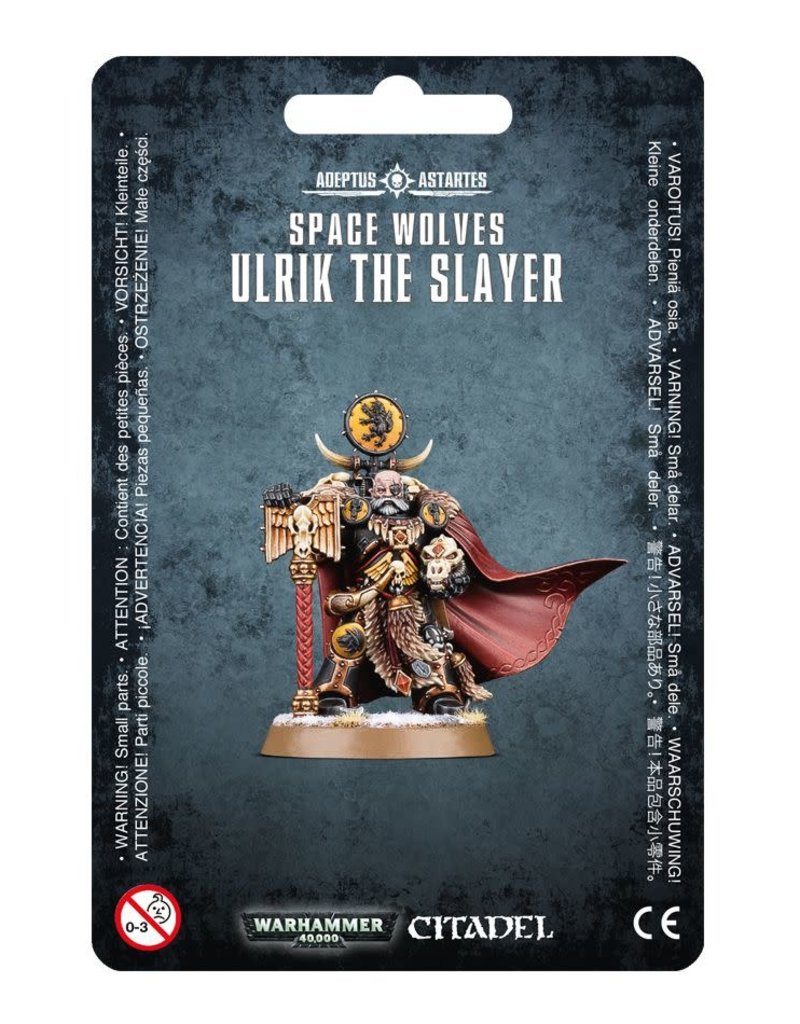 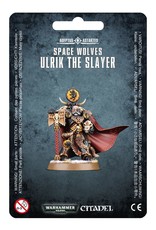 Wise beyond measure, having fought and survived countless battles in hundreds of worlds, Ulrik the Slayer is legendary. Older than any Space Wolves, barring those trapped within the twilight existence of the Dreadnought, he has become an iconic figure to many of the Chapter’s warriors. He has overseen tremendous crusades that have crushed rebellions, exterminated xenos invasions and launched a thousand armadas, not from a lofty position of command; Ulrik the Slayer fights amongst his brethren, wielding a crozius arcanum that takes the strength of three men to merely lift, let alone swing.

This multi-part plastic kit contains all the components necessary to build Ulrik the Slayer, a single-pose Space Wolves miniature! Wielding his massive crozius arcanum and clutching the Wolf Helm of Russ, he cuts an impressive figure indeed, inspiring the Spaces Wolves around him to ever-greater deeds. His backpack features wolf skull vents and his windswept cloak is covered in engraved designs. Eight components in total, includes a Citadel 32mm Round base.